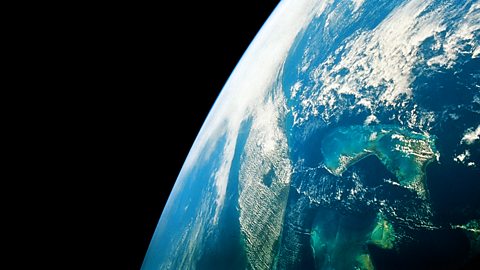 Earlier this week, unarguably the most famous living theoretical physicist (certainly the only one anyone can name) delivered a speech to Oxford University.  During the hour-long lecture, Stephen Hawking claimed that humans only have one thousand years left on this planet, so we’d better start searching for other homes.  Scientists have discovered the existence of thousands of planets that possess potential for human habitation, and he believes we must rely on them for our survival.  He went on to add, “Remember to look up at the stars, not at your feet.”

God, I hate that quote.  It encourages all the young scientists out there to give up on rehabilitating our planet, as if Earth is now beyond hope.  Screw that.

While I do respect all the work Stephen Hawking has done throughout his decades-long career, I just have to ask.  Dr. Hawking, are you off your rocker?  Seriously, are you feeling okay?  Are you honestly encouraging humanity to go off to fuck up another planet?

It’s true that humanity might only have a thousand years left on this planet.  I’m not sure where Stephen Hawking reached this particular number, but it sounds about right to me.  Particularly since we hit that Industrial Revolution, our rate of pollution has been damaging our atmosphere, our ground water, and our oceans with increasing precision.  The overall temperature of the planet is rising due to our interference, ice caps are melting, the sea level is rising, and we are facing an increasing number of volatile storms in the coming years.  There is no question of any of this.  If you are one of those people (particularly politicians) that believe climate change is a “hoax,” please stop talking until you’ve actually educated yourselves on this topic.  The overwhelming majority of scientists have provided an even more overwhelming array of evidence to support this phenomena.  Climate change is a real concept.  Get over it and help fix it.  If you don’t want to, then at least don’t stop the rest of us from trying to fix it.

Besides, it’s not really our planet that’s going to suffer as a result of climate change.  Despite what Hawking indicated, Earth isn’t particularly fragile.  It’s currently living species that will suffer as a result of our actions.  That includes us.  However, LiveScience mentioned how “life was quite abundant” during the Jurassic and Cretaceous periods.  Life would continue without us.  It would probably even thrive.  It’s our own asses that are screwed.  Earth would probably be better off without us.  It’s us that cannot live without Earth.

Because let’s be honest: the idea that we could ditch this planet and magically find another planet to suit our needs is pure science fiction.  (Speaking of science fiction…Hawking actually mentioned fully-developed Artificial Intelligence as an instrument of our demise–robots really are out to get us!)  Our delicate biology has adapted to a very specific atmosphere, and the idea that such perfect conditions can be replicated randomly on another planet is ridiculous.  This is a very specific combination of gases, wind and ocean currents, and temperatures!!  We’d probably have to create an ozone layer from scratch to make another planet habitable, and if we possessed such a technology, why wouldn’t we apply it to Earth?  Plus, all such possible planets exist multiple light years away: an impossible distance for current technologies.  Rather than spending money and effort on traveling to such places, why aren’t we utilizing these resources to fix our problems here at home?  Seriously.

There’s also the moral dilemma.  If there was another planet that possessed all the qualifications necessary for humans to move in, how have we earned a second chance?  If there’s an atmosphere, it means that other life most likely already exists there.  Even though it would be their planet, not ours, we’d still take over and fuck up their atmosphere.  In this scenario, what’s to stop us from moving from planet to planet, utilizing resources and destroying countless species?  We’d become parasites, but we wouldn’t care.  We’d still be alive.  Well, I for one think that, if our actions cause our own demise, then we go down with the ship.  We don’t continue taking more down.  We only have this one shot, so let’s make it count.

There are many ways through which we can reduce our effect on the planet.  Obviously, clean energy would be a remarkable start.  We still rely greatly on coal-burning plants for electricity.  We need to stop this and start focusing much more on solar, wind, and hydroelectric energy.  These don’t produce more carbon dioxide or methane into our atmosphere, so why aren’t we switching already?  It has been mentioned that doing so would lose jobs, which is true.  Unfortunately, in the short term, families would suffer from the loss of such a livelihood, but what else can be done?  If the government really wanted to help the workers when they lose their jobs at such plants, the government should pay for job retraining and transfers.  For the good of the rest of humanity, there really is no choice here.  Coal-burning and nuclear energy need to go.  We already pay farmers to leave fields unplowed.  Let’s add to this idea and have them fertilize and/or plant carbon dioxide-absorbing crops instead.  We need to give up on fossil fuels.  Go cold turkey.  This is the big one.  Other than overpopulation, which figuring out other ways to absorb carbon dioxide would help with, using fossil fuels in our vehicles, our factories, and pretty much all available machinery remains the greatest contributor to global pollution.  And this needs to stop.  We need to make the electric car affordable.  We need to utilize existing technologies and leave fossil fuels alone. The gas and oil companies have had their way long enough.  It’s time to move forward.

Oh, and Donald Trump, I’m speaking to you now.  Leave the Environmental Protection Agency alone.  They spend all their time and funding on cleaning our water and our air.  They’re the ones who research on acceptable pollution levels and restrict big companies from destroying what’s left for the rest of us.  You leave them alone.  We need them.  Our children need them.  Without such agencies, our species is truly doomed.

So leave your freaking hands off them.

Picture by BBC One