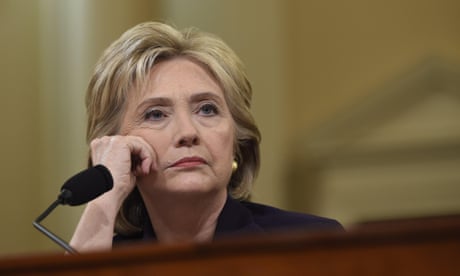 So, we keep hearing more and more about Russia’s ties to the current White House administration, right.  It turns out that people working for Trump’s campaign were in contact with officials of the Russian government, although we’re not sure just what those contacts entailed.  We also know that Russia hacked democratic emails (namely, Hillary Clinton’s) and released them online to influence the election’s results in Trump’s favor.  Both the CIA and the FBI have confirmed this.  It isn’t a “fake news” concept.  You can’t call the news fake or dishonest if they’re merely reporting the facts as they spring up.  They would be remiss in their jobs if they weren’t publishing leaks from the White House (which even Trump confirmed are real leaks in yesterday’s press conference.)

It’s also official that Michael Flynn, Trump’s Security Officer of 24 days, spoke over the phone with the Russian government while he was still a civilian.  As such calls are generally recorded, we know he discussed sanctions with the government when it was illegal for him to do so.  He resigned just a few days ago in disgrace.

We know all this.  It’s already been dredged through the news over and over again.  Trump is angry that these facts are real, so he’s lashing out about their legitimacy and Flynn’s unemployment (forgetting that he’s the one who fired Flynn).

Seriously, are these the same Republicans who forced Hillary Clinton to stomach interrogation after interrogation over Benghazi?  The same guys who wasted tons of manpower and millions of dollars over an investigation that should have been left alone after its third reopening?  What!

I’ve been racking my brain over why they’re pretending this isn’t a big deal.  I mean, it’s obvious they just want a Republican as president so that they can push their own agendas through.  Our liberty isn’t more important than their political party, don’t you know.  Yet, it still seems weird that they aren’t even bothering with a vague showing of investigating this issue.

Then, my sister pointed something very simple to me yesterday.  They’re not investigating because they suspect or know that there’s something to find.

That’s right.  They know that Trump has something to hide.  There is something to all these rumors.  If they were really so certain of Trump’s ignorance/innocence in this matter, they’d be turning over every stone to show the American public just that.

When they investigated Hillary, she didn’t refuse their questions or pretend deafness.  She sat through hundreds of hours of the same questions over and over again.  Now, she grew deathly bored, but she suffered through it.  She had nothing to hide.

However, this administration clearly cannot claim the same thing.  They hide, they dodge, they spin the facts, and they claim victimhood every time the media publishes a story that portrays them in a poor light.

Well, let me tell you, I might not always agree with the press.  They tend to place higher stock on ratings over substance, but that has nothing to do with their integrity.  When they report on what’s actually happened, which even the president has admitted is true, how is that dishonest?  He just likes to throw out the “fake news” name-calling, which I wouldn’t care about if so many of his supporters didn’t actually believe him when he calls the press such things.

Unlike Congress, they’re actually doing their jobs.  It’s their job to report on political officials, to report the news.  Now, hopefully, Congress will follow their lead and investigate into the Russian connection to the current Presidential administration.

But we all know they won’t.  They wouldn’t want to lose their current tentative hold on political power for something so mundane as the law, our liberties, or the very election system that put them in Congress in the first place.

At least they have their priorities straight.

Picture from The Guardian